As one of the quintessential cities to visit when traveling, there are so many hidden gems in Paris to discover beyond the popular spots. Paris may immediately bring to mind the Eiffel Tower, Notre Dame Cathedral, and the Louvre Museum but the city has so much more to offer. The local delicacies, wine, shopping areas for the fashion-forward, small museums, a book lovers paradise and more await your discovery.

Did you know that Paris has its own Statue of Liberty? It sits on the southern end of the Île aux Cygnes. If this is news to you, you may also be surprised to learn that it’s an exact replica of the Statue of Liberty in New York. But as you hear the history, it makes perfect sense.

The state that hovers above Île aux Cygnes is a quarter-sized replica of the NY statue, and it exists because it was a model for the larger lady of liberty. It’s actually not the only one around, but this one was symbolically given to the city of Paris by the Parisian-American community in 1889. In true American fashion, the ceremony was held on American Independence Day (July 4) instead of Bastille Day, which is just 10 days later. And for those Nicholas Cage fans, this statue was featured in National Treasure: Book of Secrets.

You can walk, cycle or cruise up to the statue. And if you’re feeling a bit on the lazy side, you can even get a great view from the back seat of a comfortable sedan along with the shore.

You’ll find Bercy Village about 30 minutes from central Paris. This little village has a quaint atmosphere with loads of charm. The Bercy district used to be a massive wine market, but today you’ll have to settle for the cute cafes, restaurants, and shops that line the charming cobbled streets.

While not a secret spot in Paris anymore because Bercy Village center does get crowded, but the village itself is a great place to stay if you’re for a quieter spot to rest your head than a Paris hotel.

If you’re into the arts scene and want to experience and learn the basic techniques of graffiti art at a 2.5-hour graffiti mural workshop in Paris. We recommend this workshop as it lets you work with Parisian graffiti artists on a large-scale, collaborative mural, and become a street artist of the future! Create shapes and more with spray paint.

At the edge of the 19th arrondissement, you’ll find the largest urban cultural park in the capital. It’s a full 55 hectares, which equates to nearly 136 acres. Here, you’ll find a mix of modern architecture, playgrounds, cultural spaces and theaters, including one open-air cinema where they hold the open-air film festival (mid-July through mid-August). Get to Parc de la Villette by metro, bus, bicycle or even boat (we recommend this boat cruise to get a different sense of Paris that most people don’t see).

Paris is full of hidden gems. We’ve pulled together a list of our favorite secret spots in Paris to give you a different point of view.

More than just a fab pop band, Bastille may be your go-to spot for social life in Paris. Forget Saint-Michel (for the moment) where all the tourists go. At Bastille, you can enjoy your patisserie on cobbles with a view of the city’s most iconic roundabout. Bastille is a great place to meet friends for dinner or drinks. You may never want to leave.

Who is this Josephine Baker and why does she get piscine? If you don’t know, head to iTunes stat and do a search. Short story: She’s an American-born singer who made it big in the Paris cabaret scene in the late 20s.

You may want to download a few of her songs as you float above the River Seine. This glass-walled pool was built on a barge that’s permanently moored just below the Bastille. The pool even has a retractable glass roof so that you can enjoy it in any season.

If you’re looking for romantical appeal, it doesn’t get much better than Buttes Chaumont. This stunning oasis sits in the center of Paris – on a hill in the middle of a lake. With views like this, you’ll feel like you’ve just stepped into a fairytale.

Buttes Chaumont is perfect for when you want a short break from the city to recharge. Go for a picnic and enjoy the summer sun.

Tucked away a few minutes from Gare de Lyon, Rue Crémieux is full of pastel coloured houses filled with fluffy cats sitting on window sills. While rue Crémieux has become somewhat famous on Instagram, that doesn’t take away from the charm. Show up early to avoid the crowds.

Located in the western suburbs of Paris, the Gardens of Albert Kahn are a wonderfully whimsical treat for the eyes. Spread out over 4 hectares of gardens you’ll easily find the Japanese, French and English influences in the garden designs. 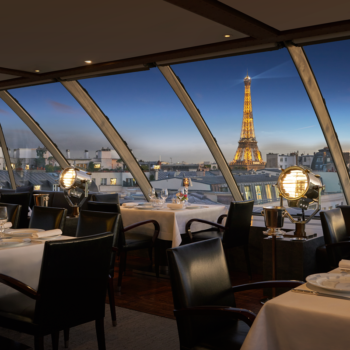 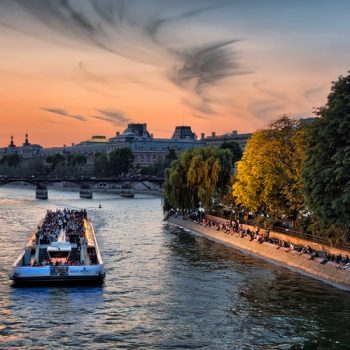